The first time I remember actually having an opinion on education and learning was when I was a senior in high school.  I was lucky to grow up in a small town where the schools were good and the friends were loyal and lifelong. I had a beautiful group of friends made up of a wide variety of personalities, talents, backgrounds, and abilities.  We had a knack for finding fun and mischief, but could normally be found together at one of our homes, laughing and enjoying each others’ company. Over the years, we all ended up having class with each other at some point, after all, the school wasn’t big and we didn’t have a lot of options. It was during my senior year that I had classes with the three of my closest friends (pictured above).

Although the four of us had been friends for years, I had never given much thought to how different we were as students. Even though I had not yet found my passion, I figured I would head to college after high school and see what happened. (I had not yet come to understand that I had been called to serve in education.) The guys all had different plans, which would lead them on vastly different paths in life.  The young man on the far left would end up working for his dad for a while. After a few years of hard work, he would then own his own business, not finding his true passion until many years later. The young man in the middle never graduated from high school. He struggled and has continued to struggle, fully believing the nonsense that he was told about his abilities and potential, or lack of when he was younger.  He has moved from job to job, never feeling like he has found the place he belongs. The young man on the right is now an associate professor of veterinary pathobiology at a major university in Texas where he is an expert in mammalian molecular genetics, genomics, and population genetics. He is a major contributor in the battle against mad cow disease, having identified the gene that makes cattle susceptible to that disease.  I look at these three and I know that their experiences in high school contributed to who they became as adults. I know that the learning environments they experienced had a major influence on their outcome in many, many ways. As a teenager, I recognized that only one of these guys was really suited for the environment created by the school. The other two never felt a sense of belonging in the school and were often made to feel inferior because they struggled to survive in a system that was not ideal for their abilities and interests.

When I began studying in earnest to become a teacher, I knew that I was going to dedicate my life to carving out a special place for kids like them…the kids that already felt like they weren’t cut out for school, or who had too many problems to deal with something like school.  I wanted to learn how to identify those kids when they sat in my class and figure out why they felt out of sync with the school system. I learned in educational psychology courses about the kinds of problems that get in the way of learning and how, as a teacher, I might reach kids anyway. Right away in my first year of teaching, I was given the opportunity to reach out and help one of those kids.

His name was Clay.  He was 17 and was struggling with serious issues at home.  His family life was a mess and because he had next to zero coping skills,  his mouth often got him in trouble. Together with his counselor and assistant principal, a decision was made to make him my student aide so that I could spend more time with him.  I was the only teacher that would sign off on this student aide arrangement. It was during that one-on-one time that I was able to carve out a positive relationship with him and begin seeing him move out of survival mode and into a much more comfortable place.  One day he began to talk to me about the future. He said he realized that it was because I allowed him to feel acceptance and belonging that he began to see something more promising in his future. He asked me often why he couldn’t just make a living fishing, considering that was his true passion.  Most people had told him that he couldn’t follow this passion, but I made a few phone calls and found out what it took to become a professional fisherman. I found that he could probably find a way to make that work, but it would take patience, hard work, and skill. All it took was one person letting him know that this was a possibility. Today, he is a professional fisherman and guide and holds various records in Texas for catch size.

Over the last 20 years, there have been a lot of these kiddos, male and female, that needed more from me than the average student. They typically were sent to me from a counselor…placed in my class as an at-risk student.  Typically, their paths were not headed toward success. One of the most profound changes happened in 2006 when a young man named James was moved into my class. He was taciturn, dressed all in black, and was a 5th year senior who was on the way to being a 6th year senior if he didn’t make some significant changes. After some investigation, I discovered that his personality was not always so bleak, but a relatively new affectation.  I visited the counselor who filled me in on his academics and had conversations with his other teachers to find out how I could get this kid back on track. All of his teachers said the same things about him…he doesn’t participate, he doesn’t do his work, he doesn’t seem to care, he definitely won’t pass this class. What they didn’t understand was that he did care, but fear kept him from putting himself out there to get the help he needed.

One day, in class, students were supposed to be working on an assignment for English. I grabbed a chair and sat next to him and said, “Hey, let’s do this really quickly.  Your science teacher said you didn’t turn it in and it is a major grade. I’ll help you,” while sliding his science paper onto his desk. He looked at me with surprise but didn’t say anything.  I proceeded as though this was totally normal. I explained the skill and content from science, having visited and gotten my own tutoring on my conference period, and showed him how to do the assignment. We finished it together.  I told him to put his name on it and run it to his science class to turn it in. I walked away quickly, knowing that this taciturn young man would not know what to say.

Over the next few weeks, this happened several times. I would get work from other classes and when I had the opportunity, I would help him get it done.  Eventually, he asked if he could stay after school to get help on an assignment for science. This young man found his way out of the abyss that he had created.  Essentially, he got behind in math and science and didn’t have the resources at home to get the help he needed. He was embarrassed and didn’t want to ask for help at school, so he created this darkness that he surrounded himself with as a response to that embarrassment. He overcame that darkness, graduated from high school and joined the army. While in the army he learned CrossFit, so he became a CrossFit trainer once his time in the military was up. After he had been out for about a year, he contacted me and asked me to dinner. At dinner, he told me he was engaged- to a teacher- and that he had even bigger news.  He was headed to university. He had been taking college classes at the local community college and had managed to get accepted to the University of Texas, which is no easy feat. The extra time and energy I spent helping this one student has had an immeasurable impact on his life. He thanked me for pulling him out of the darkness and finding his potential. This was a humbling experience for me, one that affirmed my own purpose in life and in my career. These are the types of experiences that have led me to my learning philosophy. 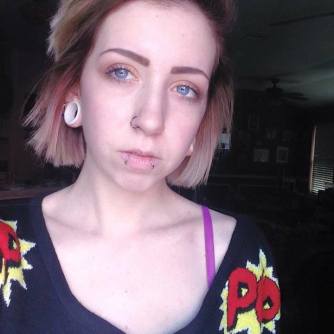 As a teacher, I have always believed in learning as a solution; a tool that can be wielded as a weapon in combat. I believe Maslow was right and kids have to be ok physically and emotionally before they can take on the mental burden of learning. I work hard at making sure I get to know the students in my charge so that I can understand where they are in their psychological needs. I strive to embody Bruner’s principles that explained that we, as teachers, have to be concerned with creating a context where students are willing to learn, and then be willing to put that learning in terms they can understand, no matter what experiences they are coming from.  I believe in balancing Vygotsky’s social learning with Piaget’s independence, ensuring that kids are able to work both ways, even if they have a preference for one versus the other. My desire to offer a relevant, personalized learning experience to each student is now rooted in the constructivist model, while I continue to battle the effects of the traditional behaviorist model on my students. I “mom” them up so that they are ready for the challenges of the classroom, then make sure I have their back while they try something new.  I cheer them on when the metaphorical training wheels are off and stand ready to brush them off if they fall, and to celebrate when they succeed. I want them to learn to live and live to learn. 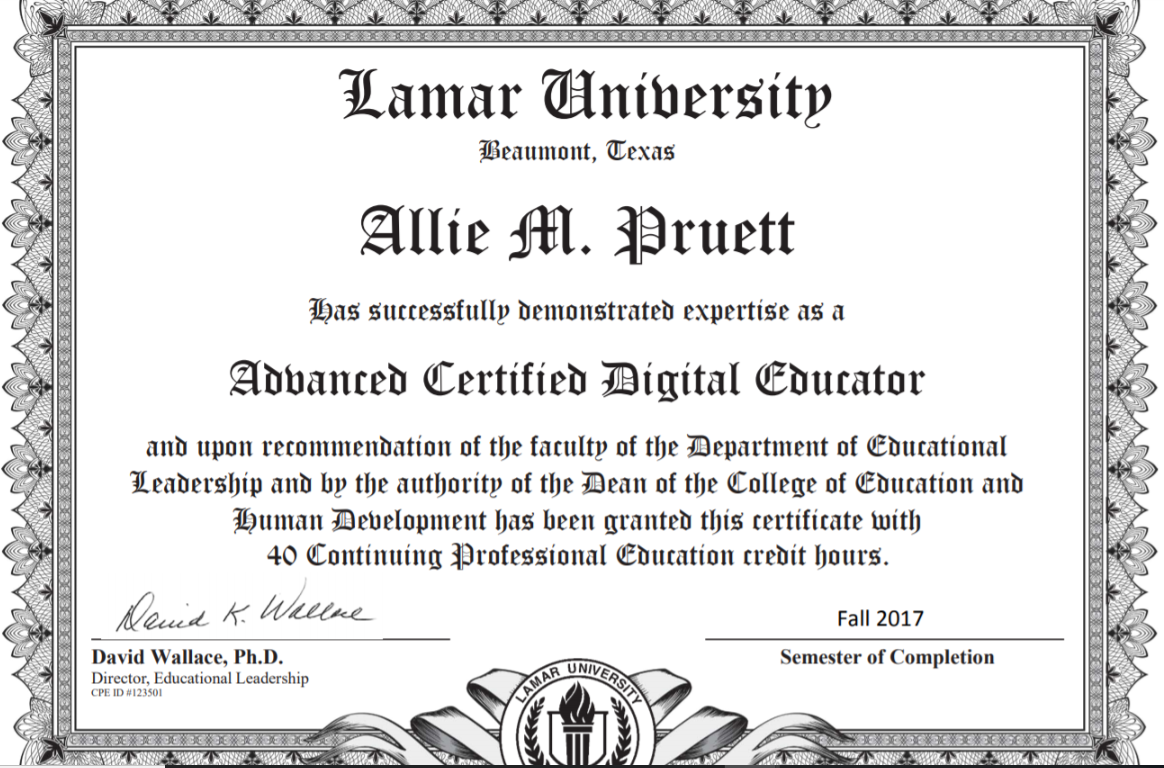 "...teach them to yearn for the vast and endless sea."

brittanyadcock.wordpress.com/
the QUEST OF KRIS

a digital learning and leading journey